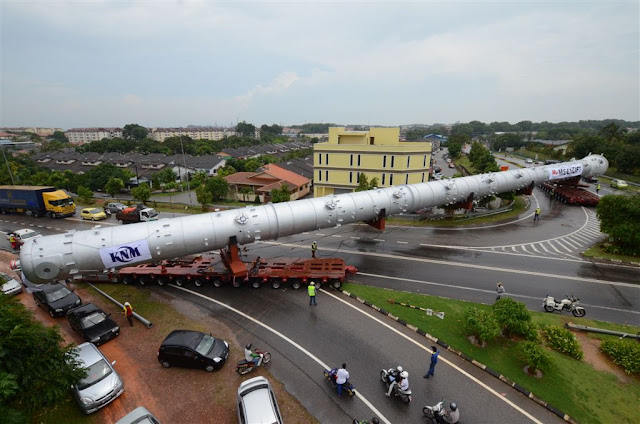 Posted by Unknown at 7:05 PM No comments: 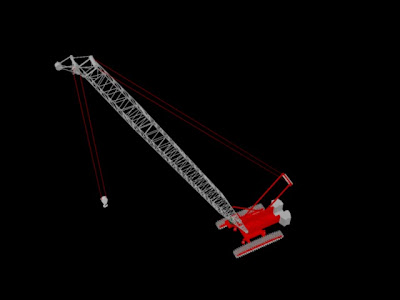 Crane Description :
1. Outstanding lifting capacity: leading the trade and exceeding your imagination!
2. The control system applied to this type of crane is an electronic management system, which adopts CAN bus technology, has intelligent fault diagnosis function and is equipped with intelligent color display.
3. The pendant plate made of high-strength plate, which has taken the place of traditional wire rope, has the advantages of excellent rigidity, light weight, great load-bearing capacity and low wind drag etc.
4. The crane is equipped with a self-assembly/dismantling system. No auxiliary crane is required for loading, unloading, assembly and dismantling. Full Info... 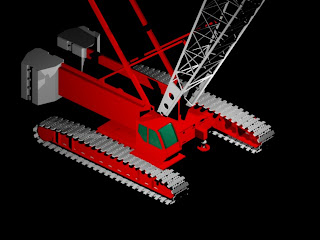 GstarCAD 2011 is a milestone version in capability, operability and practicability compared to the previous version of 2010. Its optimized GRX technology, enhanced performance and newly added functions based on global customers' diversified demands offer a productive and profitable feature set:
♦ The Ribbonized user interface brings you much convenience
♦ The substantial function improvement enables you to work more efficiently
♦ The rise of performance makes it easier to get your work done  from : http://en.gstarcad.com/product.php?id=7

Posted by Unknown at 9:58 AM No comments: 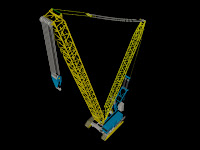 January 13, 2009 – Terex Cranes has announced the introduction of its new prototype Terex Demag CC 9800 crawler crane with 1,700-ton capacity, which is built at its Terex Demag Cranes facility in Zweibruecken, Germany.

“The worldwide demand for heavy lift machines remains strong and Terex Cranes is responding,” said Rüdiger Zollondz, senior product marketing manager, Terex Cranes global marketing. “The Terex Demag CC 9800 was designed with multiple configurations in mind based on feedback we have received directly from customers based on their needs.” 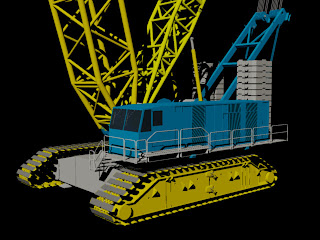 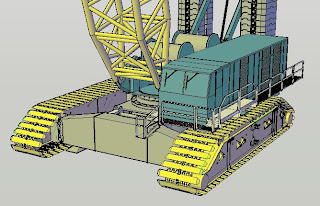 get sketchup pro to convert file to autocad format.
Posted by Unknown at 1:57 AM 1 comment:

A. Features of the program:   Company Name : Sy Perunding
Posted by Unknown at 9:25 PM 1 comment: 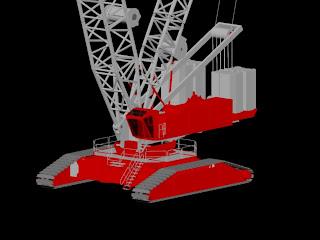 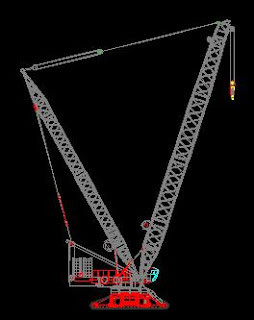 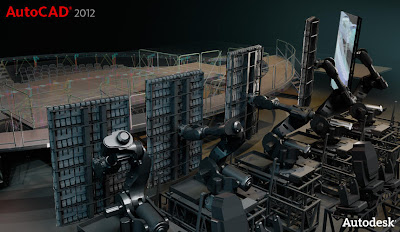 at this moment signification updated for this version is dynamic array. otherwise need to try. i wonder either this version able to convert pdf file to dwg. if this function available it provides good facilities for me. 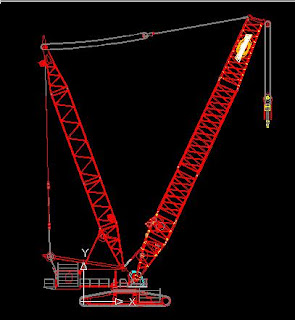 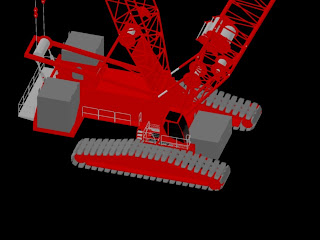 The Model 18000 can lift up to 750 t (825 USt) with MAX-ER, striking the ultimate balance between brute strength and ease of mobility to deliver high capacity and a compact footprint.
Link for Crane Details :  http://www.manitowoccranes.com/MCG_MC/Products/EN/model18000.asp

The LR 11350 sets standards in the class for cranes capable of lifting over 1000 tonnes. It offers outstanding lifting capacities in all applications. The design principle enables economical and straightforward transportation of the crane components and rapid set-up. The diesel engine, hydraulics, electrics and crane cab are transported as a complete unit. A wide range of boom systems mean that the LR 11350 is highly versatile with or without a derrick system. Its performance is complemented by excellent safety standards and a high level of operating convenience.

Autocad 3d dwg on progress
Posted by Unknown at 9:31 PM No comments: 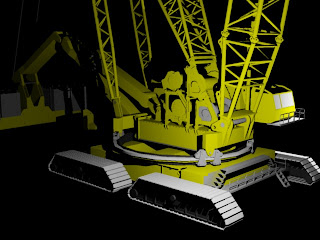 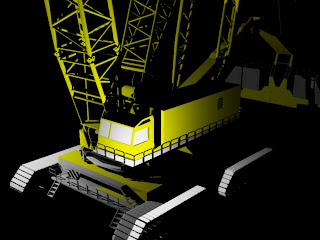 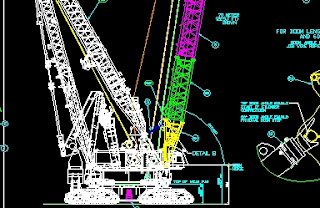 video from youtube. biggest crawler crane. very perfect 3d models what software using to create this model because im try using autocad file became big and lagging.  is not complete and stop doing. otherwise if you need
3d models for working project not for accurate and  perfectly looking object you can ask from me.
im just doing as hobby only, no specific price is require. 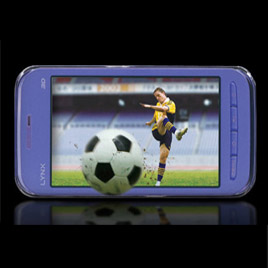 smartphone will launch in late 2010. The Sharp 003SH or will be called Sharp Lynx 3D will be launched next month in Japan via DoCoMo.
The Sharp

and operating systems using Android 2.1. An Android 2.2 update is available in early 2011.
The Sharp 003SH or Sharp Lynx 3D will be launch with in three different color which is black, white and blue.

Sharp Lynx 3D
Posted by Unknown at 8:03 PM No comments: 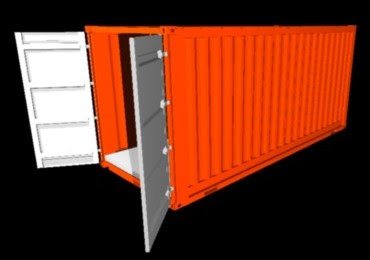 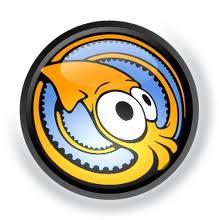